We began working with RoomChecking, on the design and logic of the front-end, back in January 2012. At that time, there was an existing desktop and a tablet (iPad) web app, with a bare bones UI created using Twitter Bootstrap. Our objective was to improve the aesthetics and the user experience.

RoomChecking is a highly utilitarian app, aimed at users who are working in a busy service environment. The app is translated into English, French and Hebrew, so it made sense to introduce some iconography. We also set about devising a color code to differentiate sections and functionality with the application. 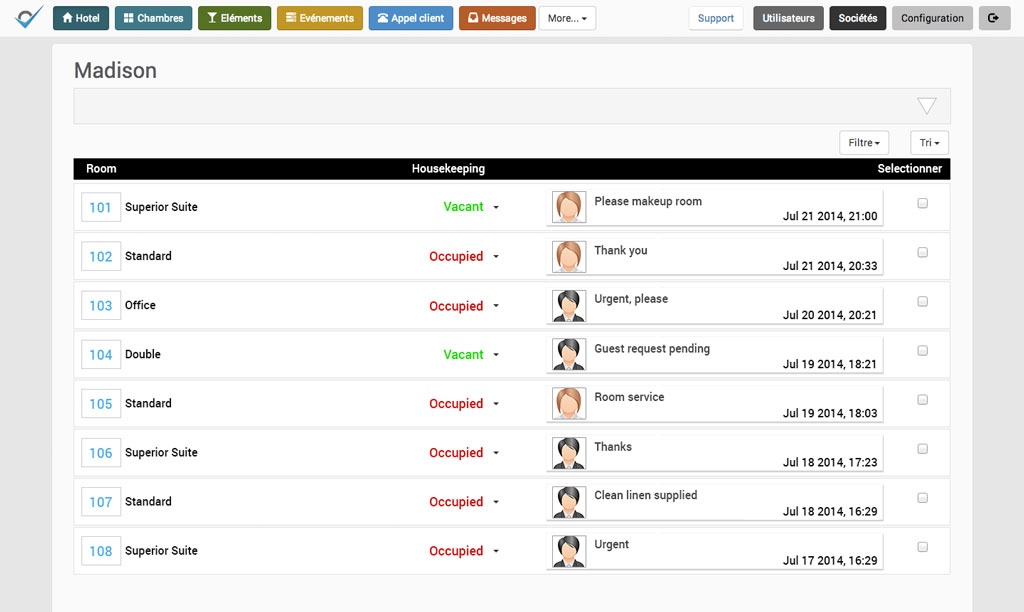 Progressively over the course of two years, we worked in collaboration with their back-end team to improve functionality and add new features. The RoomChecking suite of apps has expanded from the original two apps, to a total of five distinct but connected UIs to meet the requirements of various user roles and targeted at different devices and screen resolutions according to the user needs.

In early 2014, we created the UI and front-end for a new iteration aimed initially at Android tablets, and later optimised for mobile, based on user feedback. 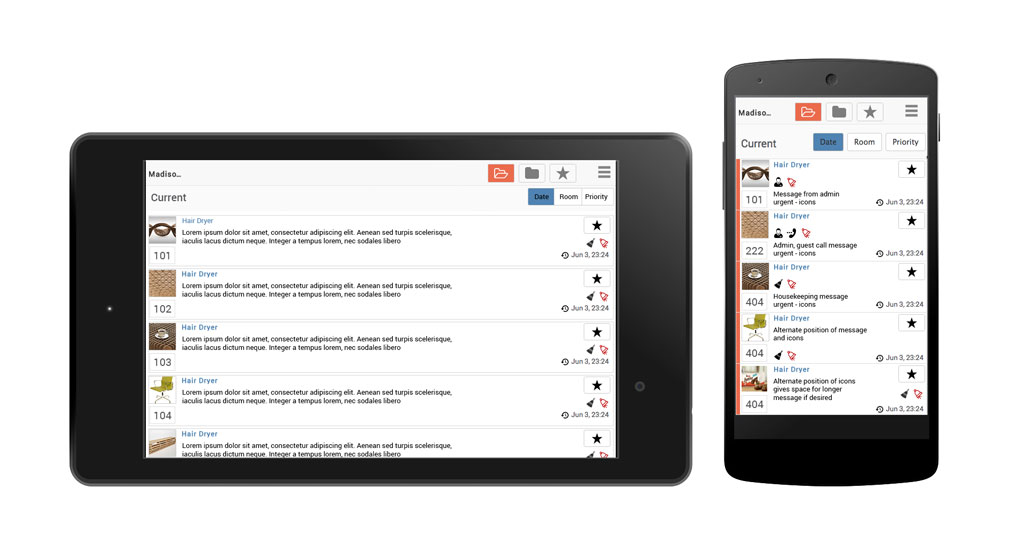 In the course of the development, we have led the design and UI implementation for various new features, including galleries, a chat client and statistics pages. 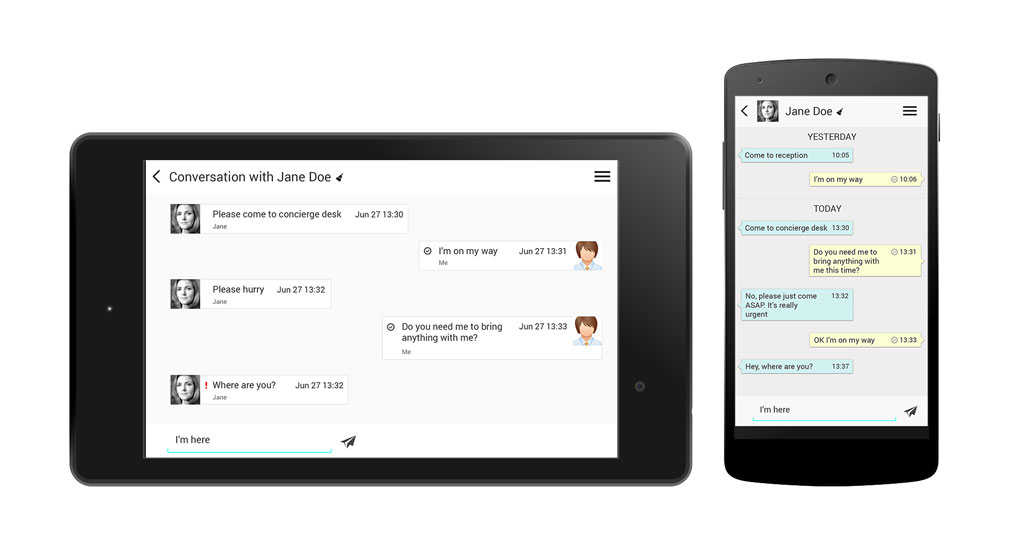 In 2014 RoomChecking joined the Microsoft Ventures accelerator program and we are very happy for their success and to have played a small part in it.

If the ideal world is a virtual world, creating it can only be a noble task